Now this machine has a range of excellent features and I’ll talk you through some of my favourite. You can see from the chimney and furnace that this machine is steam powered. There was one girl though who was concerned about the safely implications of this so she requested the warning sign above the furnace. One boy had the brilliant suggestion of adding ‘A MASSIVE LASER’ which I naturally included with gusto. The next boy wanted a fuse box, which is a little different from A MASSIVE LASER but who I am to say no? It’s also important to note he wanted the new sort of fuse box with the switches, not the old fashioned ones where you plug the fuses in. Not being that handy round the house I wasn’t too sure how to draw a fuse box from memory but I did my best. Other things you’ll find on this machine are a start button, heavily lobbied for purple buttons, cctv, a computer, an exit door, radar, a handle, a drill, an arial, a sky dish and various wires.

Once we’d completed our machine we needed some weasels to run it. So, I took requests as to the sort of weasels we’d need, what they’d be wearing/doing etc and then I drew them to order. The first one we did was Hazmat Weasels (see below). He handles hazardous substances but only in the appropriate safety clothing. Now you may wonder how we ended doing a hazmat weasel and I can tell you that this is because one boy from year 2 said the exact words ‘Can you do one in a hazmat suit please?’. Now I barely know what a hazmat suit is (let alone how to draw one) so I was deeply impressed by this boy and his knowledge of the safe handling of toxic material. 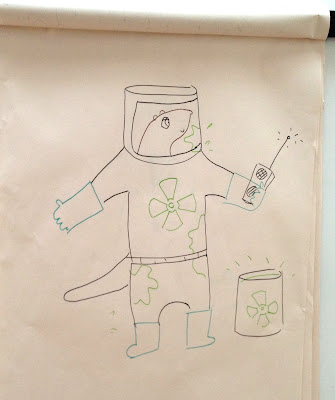 Next we did Dr. Weasel who’s there just in case someone has an accident with the furnace, despite the warning sign. He has a lab coat, a stethoscope and a smug look because he has a medical degree. 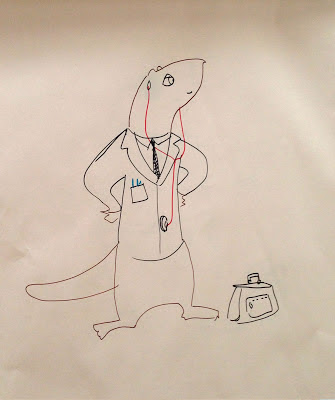 Lastly you’ll see Security Weasels who’s there to make sure everyone behaves. He’s chunky, wears a bulletproof vest and sunglasses (so that he looks tough) and has a guard mouse as opposed to a guard dog. 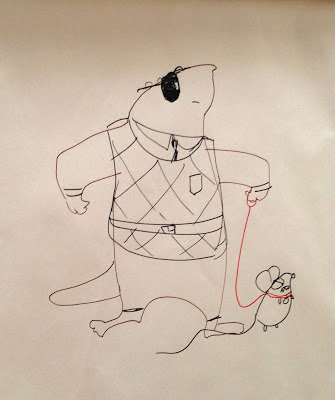 Overall I had a wonderful time and the kids were brilliant and staggeringly inventive. I can’t wait for the next one! 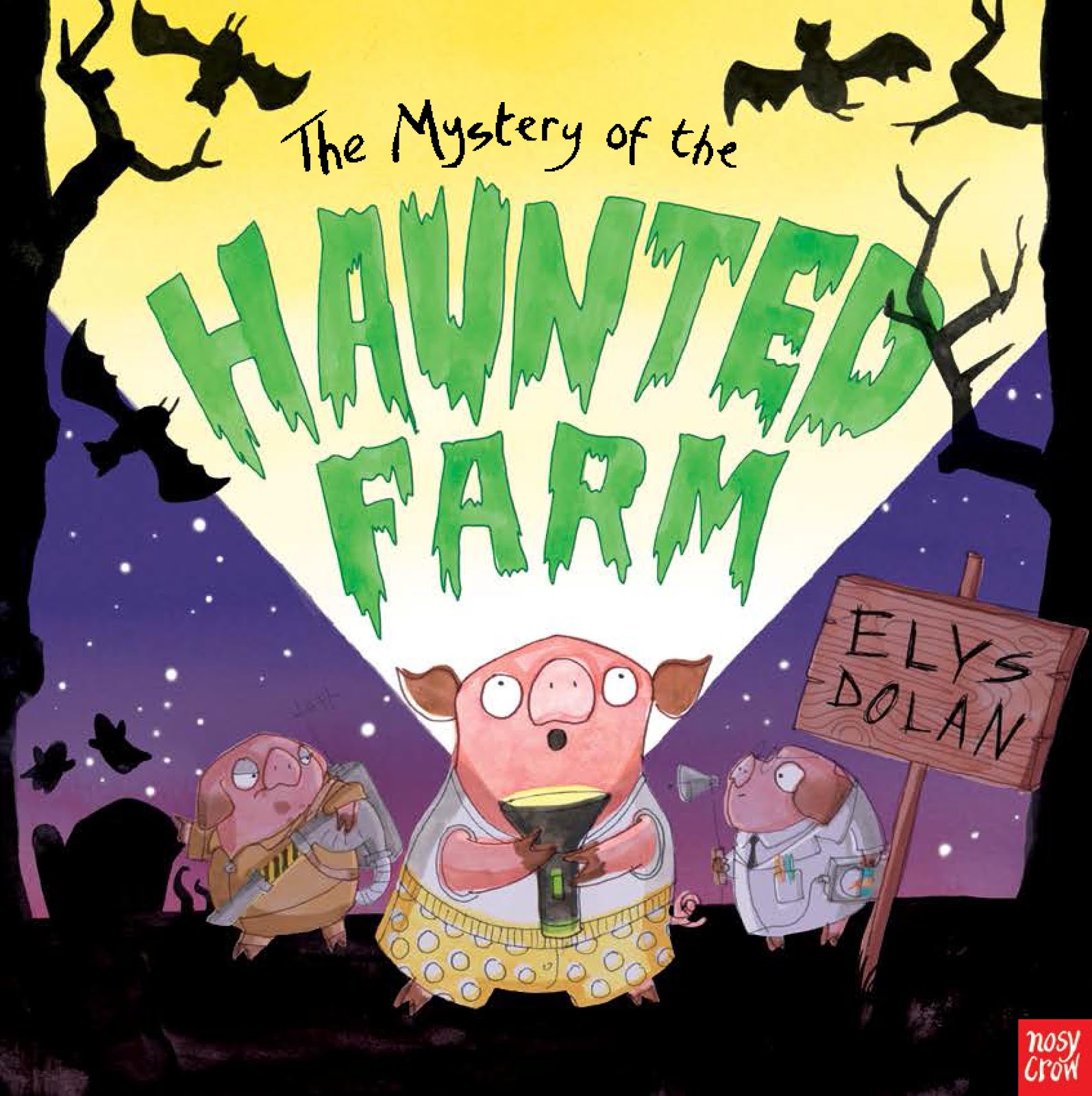 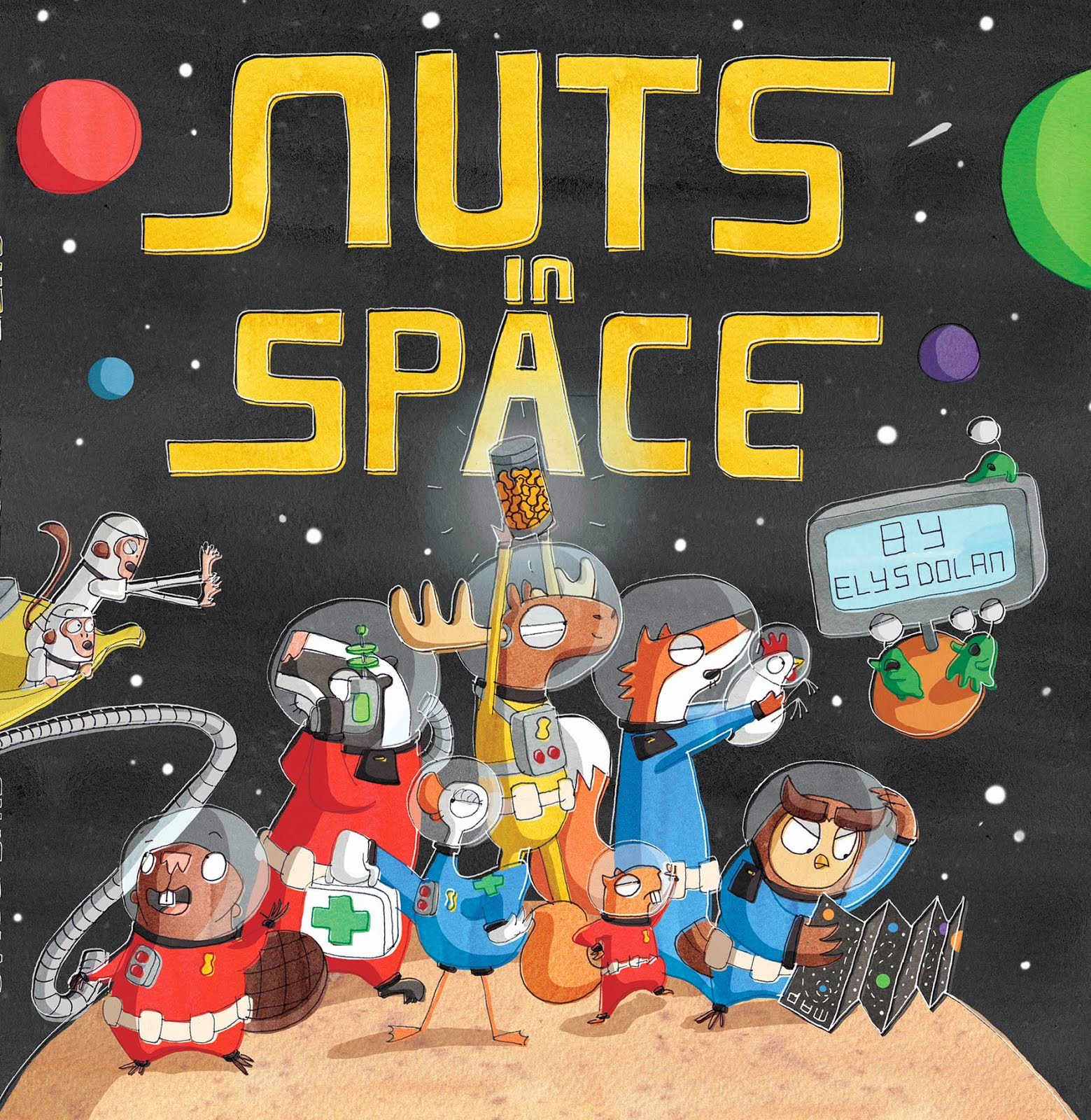 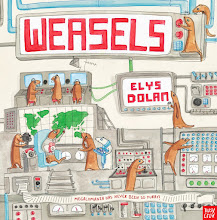